JRSS is all about helping people to reach their potential through the power of a positive mindset.

My skills school aims to empower people from all walks of life by engaging with them through my life story and sporting career. I have years of experience working with a range of organisations to identify what can be achieved when you put your mind to it. The skills school will focus on teaching life skills for both on and off the pitch that can be tailored specifically to your organisation and needs. I can show you that even when faced with adversity you can still achieve your dreams.

So get in touch now, as I offer a range of services for different budgets to help you discover your potential whatever your story!

I was 18 years old when I was signed to Birmingham City FC. I had been at the club for 8 years and was just about to play in the FA Youth Cup semi-final v Liverpool and sign my professional contract. However, this all changed in March 2009, when I was the victim of an unprovoked assault that ended my career in the professional game. I was hit in the back of the head and suffered a double fracture to the skull, serious brain damage and was left completely deaf in my right ear.

Initially, I struggled to come to terms with the fact my dream had been taken away from me and was unsure what a future without my passion would  look like. Over the next year I was in and out of hospital, pushing myself against medical advice, adamant that I would overcome the impairments I was battling with. I was determined to prove the doctors wrong but, although my condition improved, I couldn’t get back to the same level as before.

I was frustrated. However, 4 years after the attack, I got in touch with the charity, Headway, and they introduced me to Cerebral Palsy Football. I discovered I could play for the ENG & GB 7-a-side Paralympic football team and leapt at the chance to get back into the game.

I have now played in 5 major tournaments and lucky enough to captain the team in 1 European Championships, 2 World Championships and the Paralympics Games in Rio for the GB team. Rio, in particular, was incredible and I got the opportunity to play against some of the best footballers in the world on the global stage in the third biggest sporting event in the world. That day my dreams finally came true.

I am now retired from playing International football but I  have the huge honour of representing these organisations below as a coach, mentor, motivational speaker & ambassador.

GET IN TOUCH TO

I just wanted to say a HUGE thank you on behalf of all the staff and students at The Farnely Academy for joining us yesterday.

Every single student that met you yesterday has spoken so highly of you and found you truly inspirational. You managed to put into context a lot of the key messages that we try to convey to our students on a daily basis. The way you spoke to our students in such a relatable manner was absolutely wonderful, and to see so many of our students thoroughly engaged was phenomenal.

Thank you so much for your time and energy. Our network is lucky to have you as part of it and I am truly inspired by your approach to the game and life in general, I know a lot of others on the call were too. It is fascinating to hear you speak about your journey, and there is much that we can all learn from hearing about the highs and lows from your career – thank you for being so open and honest – it is clear to see how much you must mean to your fellow players, coaches and people facing hard times who can relate to you.

Jack is the perfect role model for our students. His speech was energetic, highly engaging and extremely motivational. Jack’s obvious enthusiasm and passion during his speech is what kept the audience captivated throughout. Students fed back that they were extremely inspired and motivated after hearing from Jack. Overall, I could not recommend Jack’s services anymore; he fills your students with enthusiasm, resilience, determination and a desire to succeed.

A LICENCE SUCCESS FOR JRSS 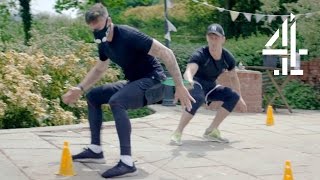